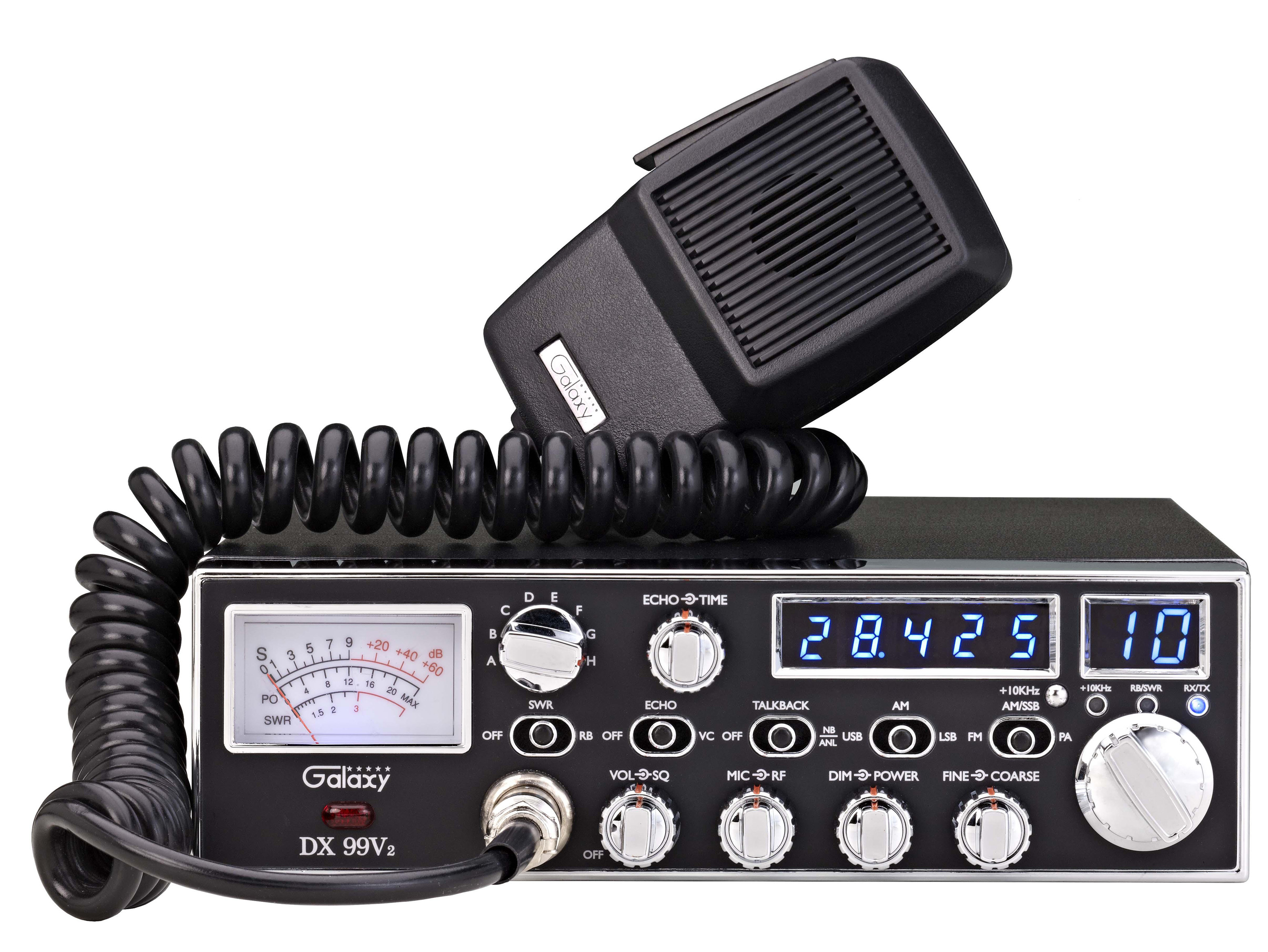 It's BACK BUT BETTER! The new DX99V2 is the only Galaxy all mode mobile radio.
It operates on AM/FM/LSB/USB. With dual MOSFET finals (instead of four or eight finals),
the DX99V2 draws less than 10 amps and can be hooked up anywhere
a standard radio is wired – no special heavy gauge wiring is required.
The front mic jack allows this radio to fit into tighter spaces than the original version. While the features are essentially the same as the classic DX99V,
it has a few significant upgrades:
• High performance main circuit board. (same as the one used in the DX98VHP)
Provides increased frequency stability and accuracy for side band,
as well as increased sensitivity and selectivity on receive. • Streamlined Chassis with Front Mic Jack • Blue LED Channel and Frequency Digits • Automatic SWR circuit • Talkback circuit with on /off switch • Red Modulation Lamp • Echo and Voice Changer, but no Robot • Extended Three Year Limited Warranty   It also has small LED indicators for the following functions: • High SWR Alert (Red) • +10KHz (Blue) • Roger Beep (Blue)
• Transmit / Receive (Red/Blue)